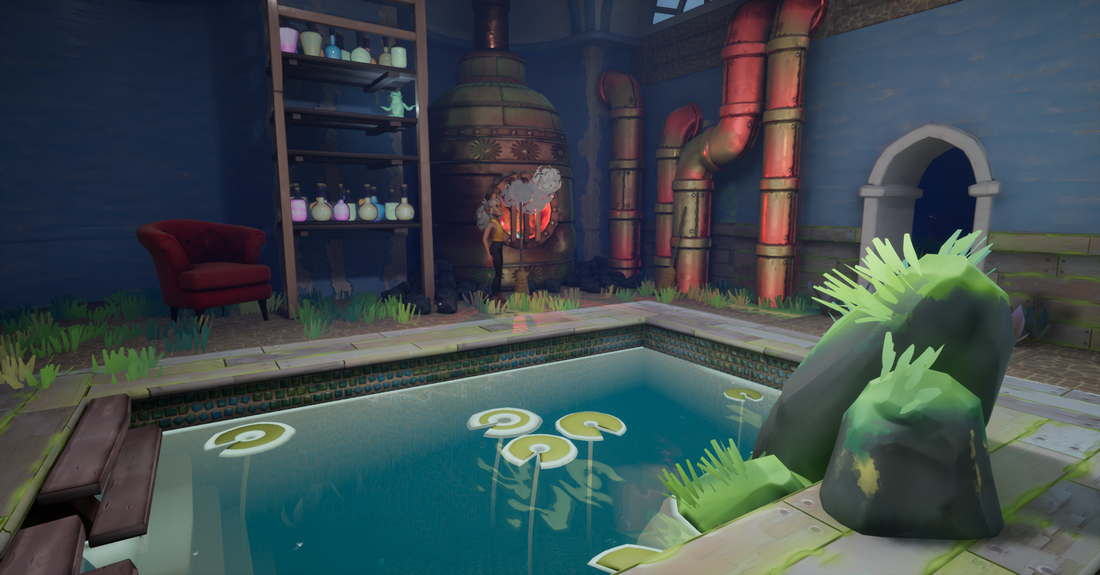 Poolkeeper is a personal project which I've been experimenting with to further my working knowledge of Unreal Engine.
The assets were either modelled in Max or sculpted in Zbrush, with unique textures generated in Substance Painter, and trim/tileable textures created in Substance Designer.
Some asset's surfaces are shader based, such as the water, the potion bottles and the world position based moss on the rocks. 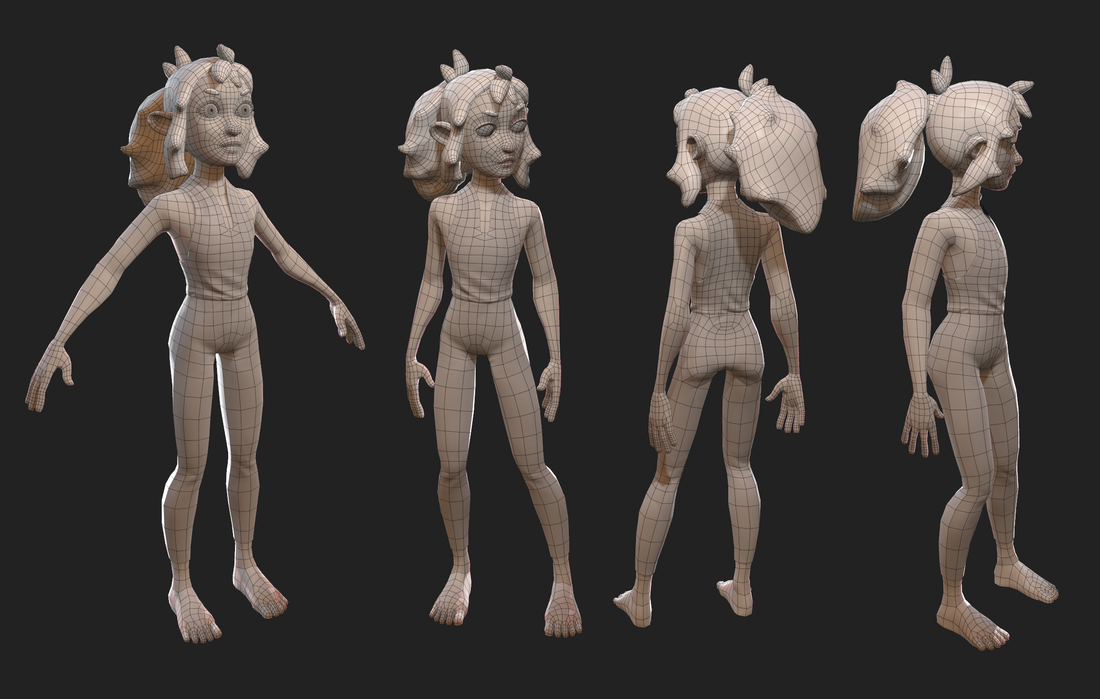 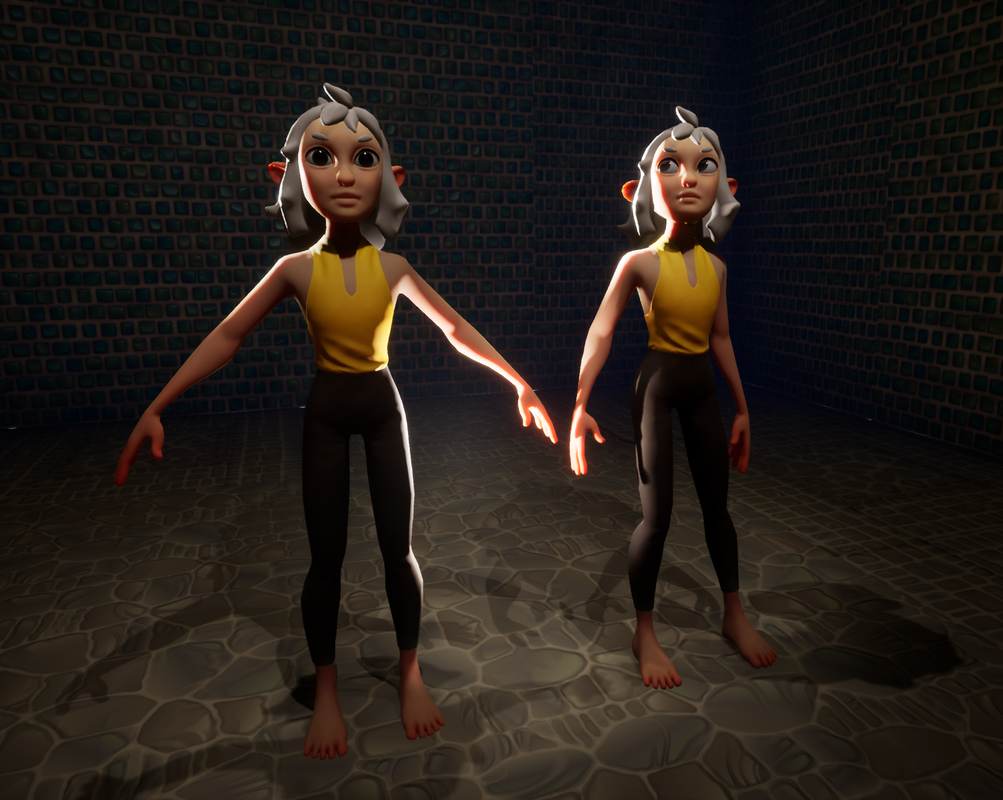 Playable character for the level, the character was sculpted in Zbrush and textured in Substance Painter. ​ 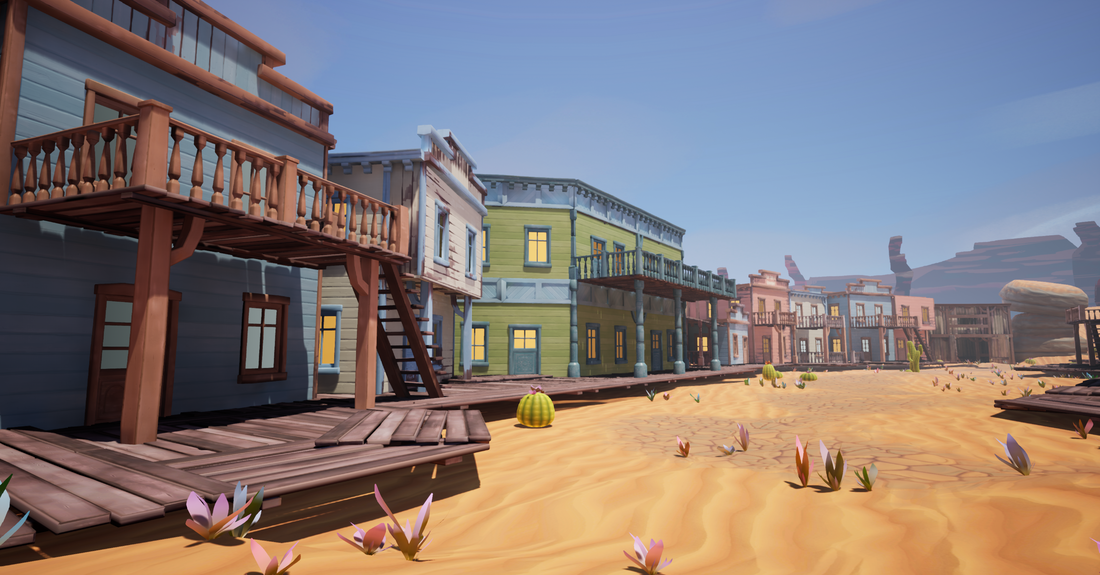 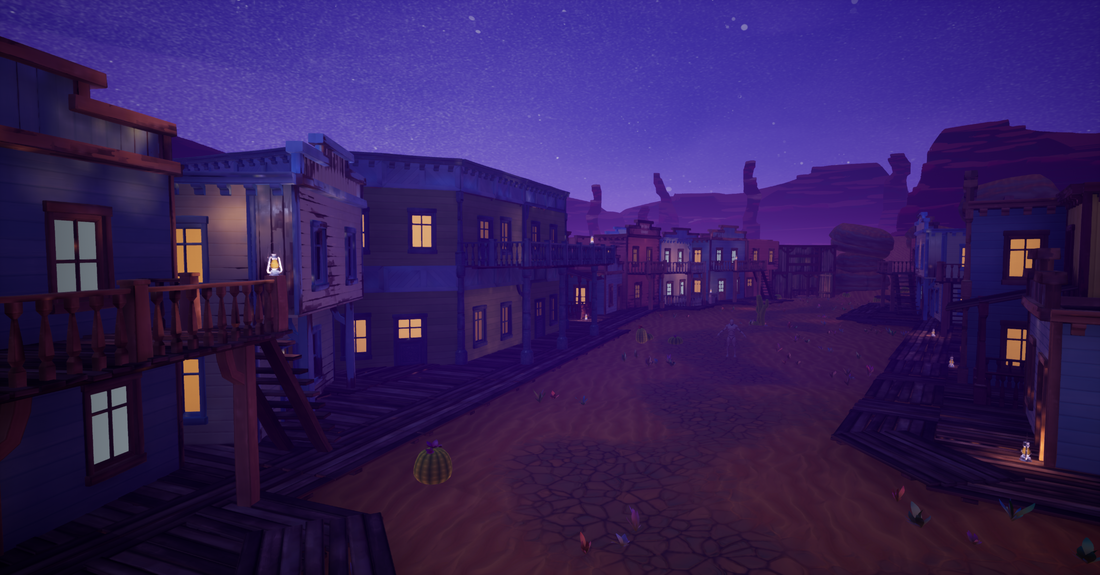 This western town was a 2 week environment I built to use in a workshop on modularity, creating editable material parameters in UE4, and vertex painting. All the textures were created in Substance Designer. I have also used the environment in workshops for source control, letting groups of students build individual off-shoots of the town and add them to the level via Perforce.
Customiseable wall materials allowed for quick differentiation of the different houses, and was also more engaging for the students as it gave them further assets to work with during the workshops.

Cloud Garden was a little weekend project. You grow cloud branches and prune them. I explored gradient texturing to create the visual assets quickly, and learned a lot about creating interactable elements with UE4 blueprints. 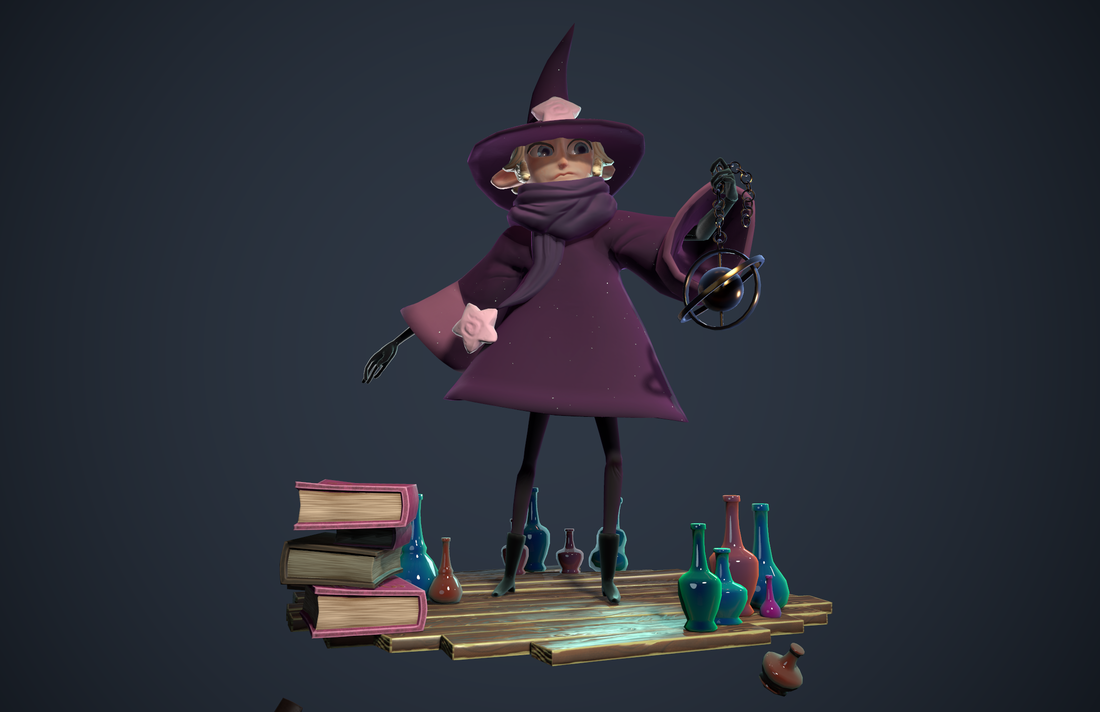 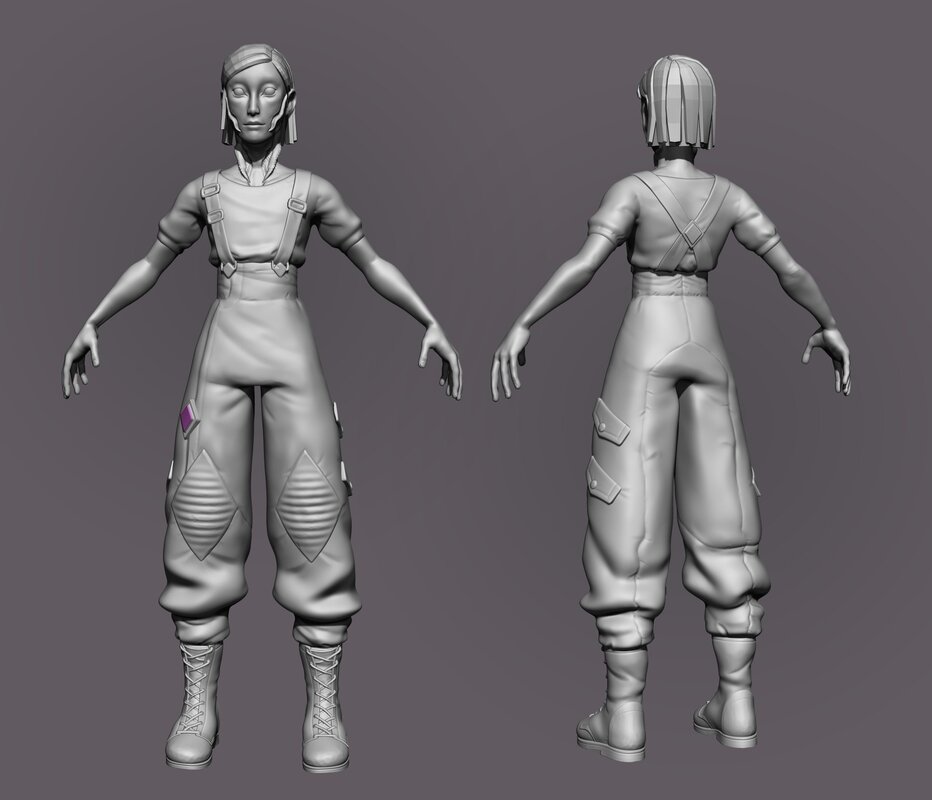